The Brattlyn Brothers came about as a result of the 2010 jam sessions at the Open Mic show when it was at Adagio.

The name Brattlyn refers to the influence of two guys formerly from Brooklyn, namely Joe Santry and Ken Storey, who have since moved to Brattleboro.

After Kevin Parry started meeting with these two guitarists, sparks began to fly. Soon Ken switched to electric bass and The Brattlyn Brothers were born. Kevin enlisted his long time friend Richard Mayer to join them on drums.

They cover the Beatles, Dylan, the Beach Boys and more. 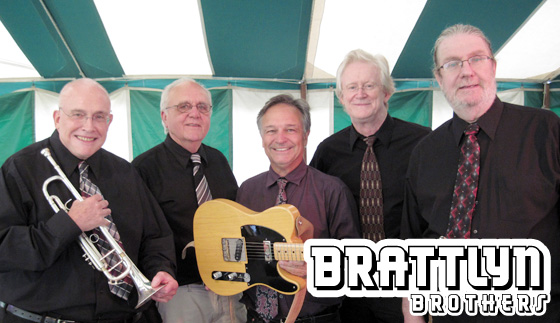